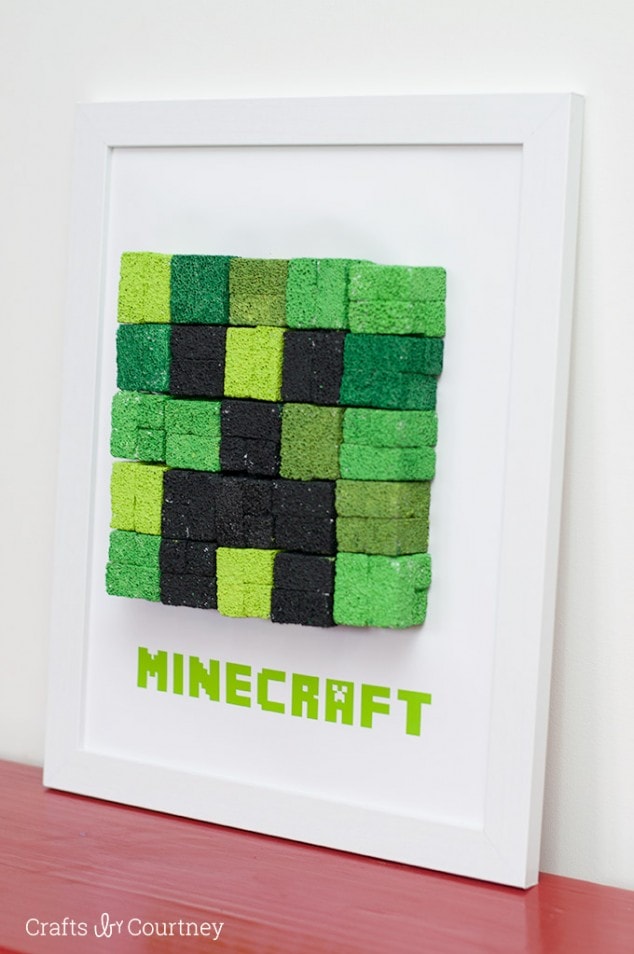 Sponsored Post: Financial compensation was received from FloraCraft® for this post. Project idea and any opinions expressed here are our own.

Today was a fun day to get started on my new Make It Fun Crafts Team challenge.  I received a large box of Project Bricks in the mail from FloraCraft. Our challenge was that we could make anything that we wanted with it, kids craft, home decor, etc.  I decided on a DIY Kids Wall Art project!

My 7 year old was right next to me when I opened the box and the first thing that popped into his head was making a minecraft creeper.  I was totally on board, but we just needed to figure out exactly what kind of creeper we wanted to make.  At first we were thinking of making a REALLY REALLY big one, since FloraCraft sent me 6 boxes of these.  BUT then we decided to make something for his wall.  That’s how we came up with the Wall Art idea.

Since we already had the Project Bricks on hand I just needed to run to the craft store and buy some green paints. 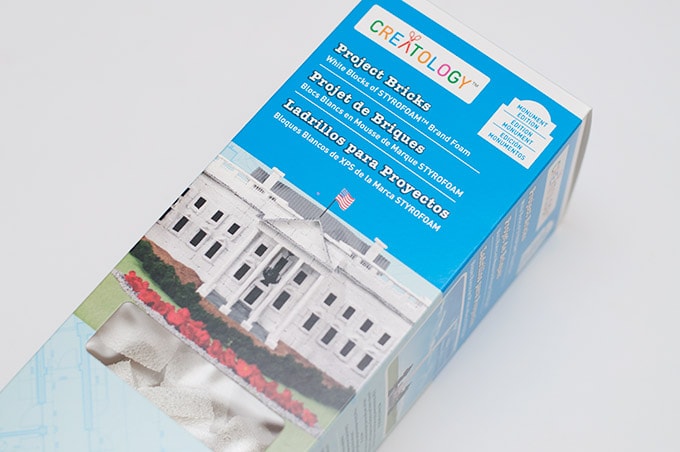 I used 4 of the bricks to make a cube. Then I used the StyroGlue to keep my blocks together.  They all dried in about 30 minutes. 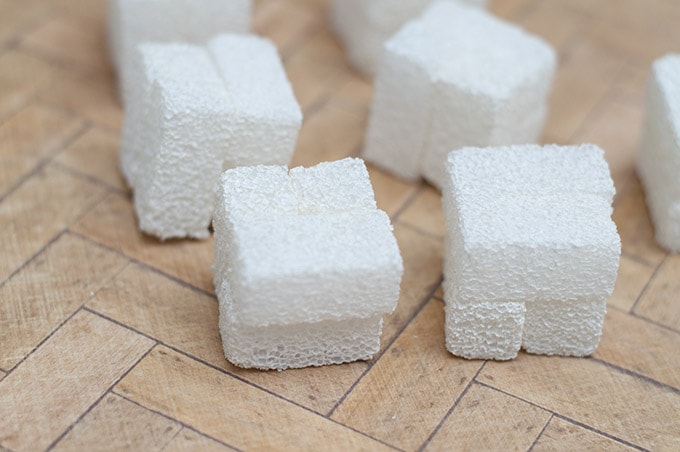 Now it’s time to paint.  I used 4 different colors of greens, I only needed to paint on one coat which was pretty nice.  Then I painted the rest for the creepers eyes and mouth.  I had to let these dry a couple hours. 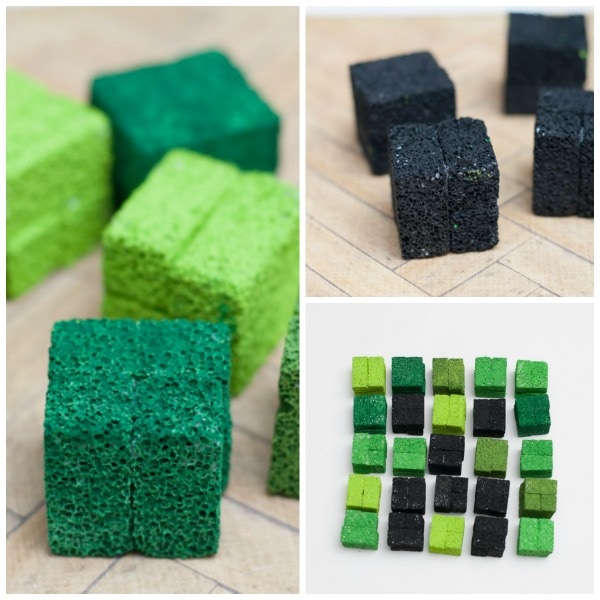 Once our cubes were dry we were ready to add them to a frame.  I picked this frame up at Michael’s for $8 (60% off!) I used some more of the glue and centered our creeper in the middle of the frame. I sat a book on top and let dry an hour.

After our creeper was added, I thought it needed something extra. So I downloaded a Minecraft font and used my Silhouette to cut the wording out and add to the bottom of the picture. Perfect touch don’t you think?!? 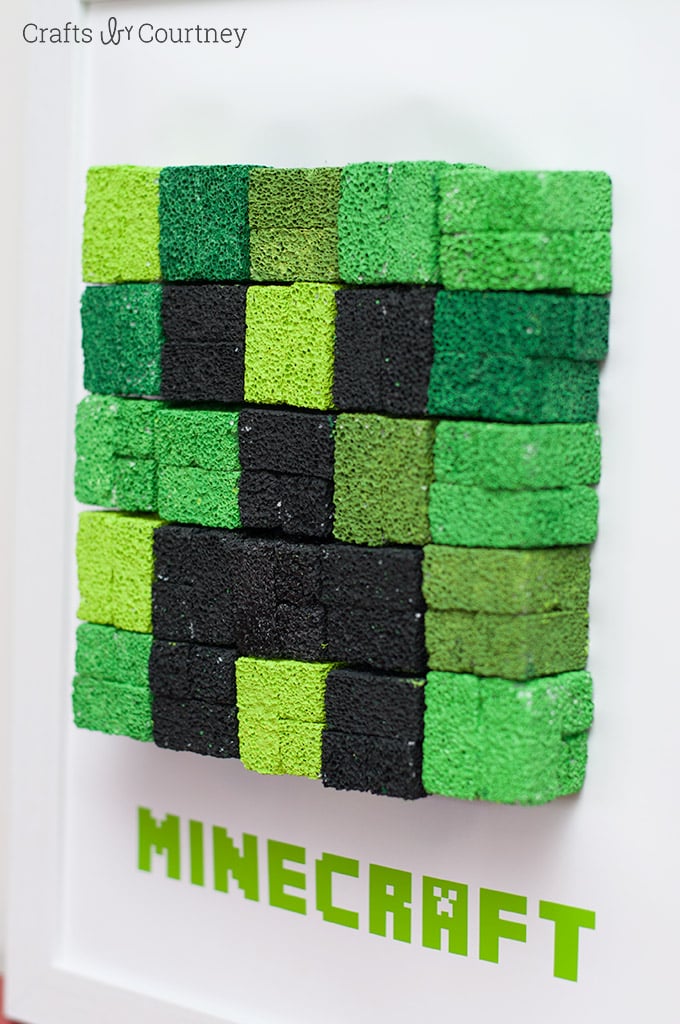 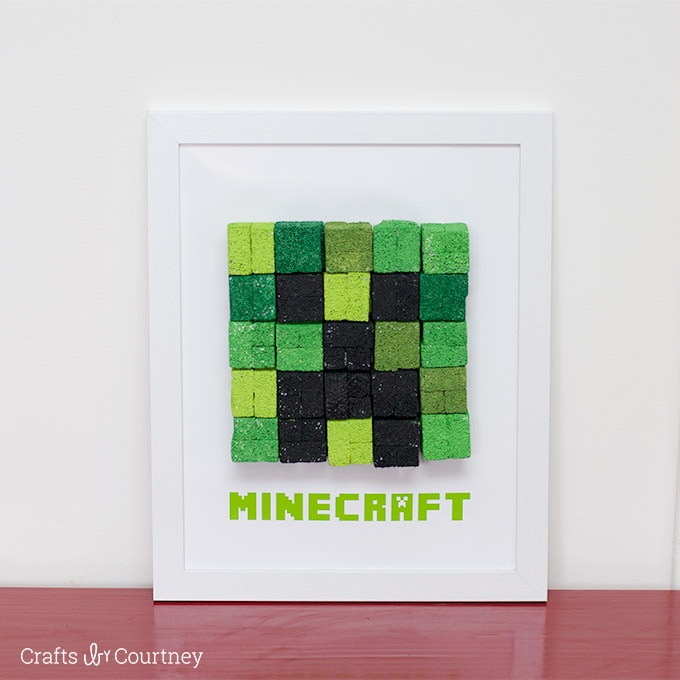 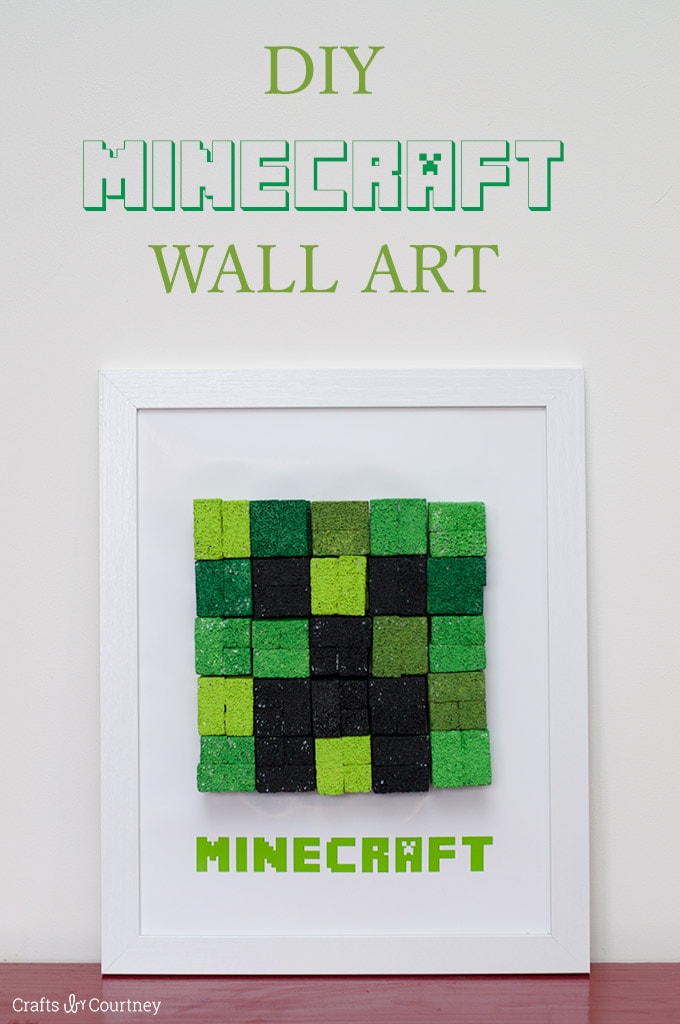 Now this looks pretty awesome.  We are going to run out and get some more frames and make a couple more of the characters from the game.  It will be a great collage for the wall!

Plus we still want to make that super large creeper as well, I’ll keep you posted on that!

Good morning! Yesterday this room got a deep clean

I have always said no animals on the couch. But wh

Fun family day with good friends at Lake James! So

Really been debating on painting this fireplace in