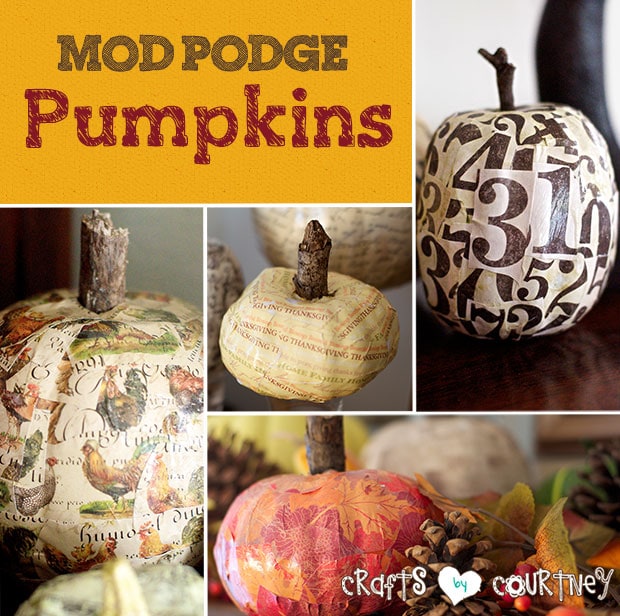 I was beyond excited when I found out how easy it was to make Mod Podge pumpkins. All you need are fake pumpkins and Mod Podge…can’t get any easier then that!

While making these pumpkins, I decided to add some sticks for the stem and give my pumpkins a little something EXTRA!

Believe me, you do have to put some work into it, but the results are totally worth it!

I went to my local craft store and got some scrapbooking paper. I picked some natural and (quirky) patterns so I can have the pumpkins up all through October and November.

While I was at the craft store, I picked up a bottle of matte Mod Podge, one large pumpkin and two medium size pumpkins. The Dollar Tree is in the same plaza, so I made a quick stop over there and grabbed a couple small pumpkins.

Can’t have too many pumpkins right? 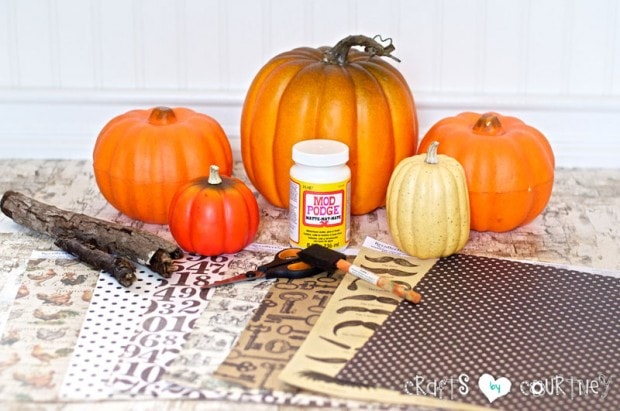 I cut my scrapbook paper into squares. A lot of them had detailed designs and I wanted to make sure I showcased them on the pumpkins. Once I had my paper cut, I was ready to get messy! 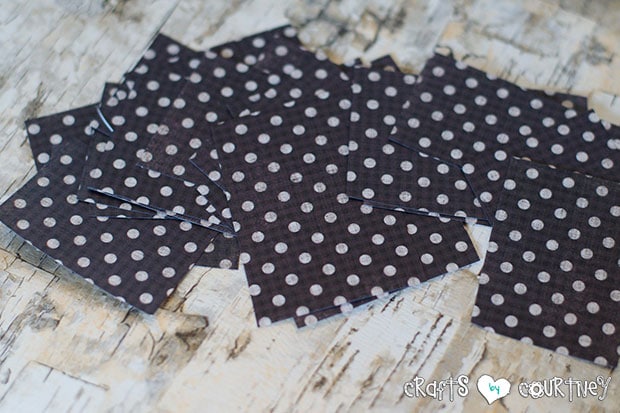 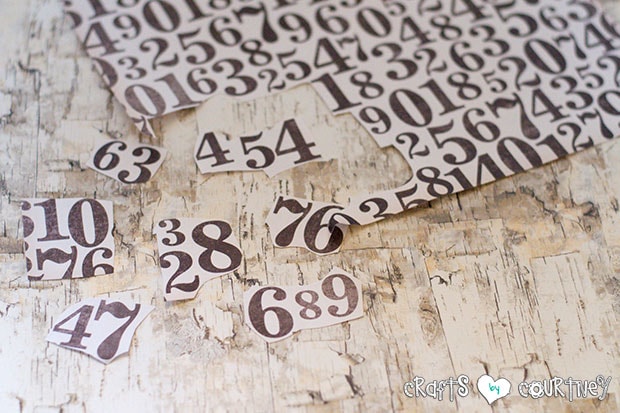 I poured my Mod Podge into a small bowel and used a sponge paint brush. I painted an area on the pumpkin and laid my scrapbook paper on top. Once I had a good area covered, I went back over top of the scrapbook paper with more Mod Podge. 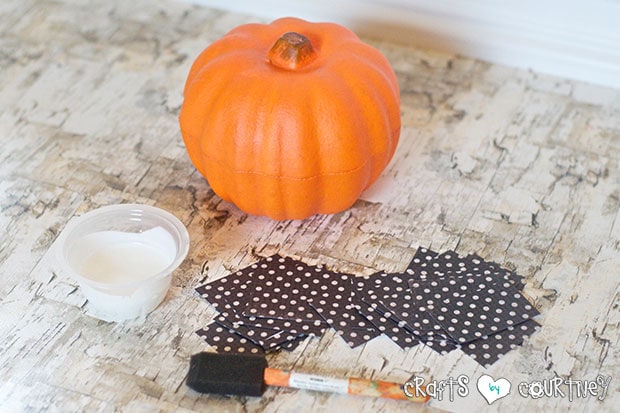 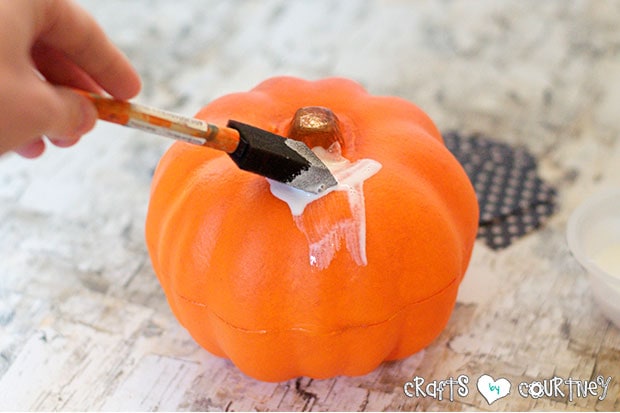 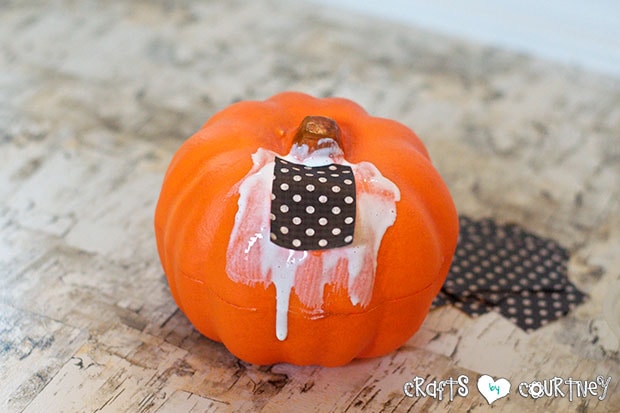 Quick Tip: If you’re doing a large pumpkin, try doing half of the pumpkin and let it dry. Then do the other half (it will save lots of time).

Once you have the pumpkin covered with Mod Podge and scrapbook paper, you’re ready to smooth it down. I went over it good with my fingers pushing the Mod Podge covered paper down.

Since it’s wet from the Mod Podge, it’s pretty easy to smooth it down to form around the pumpkin. 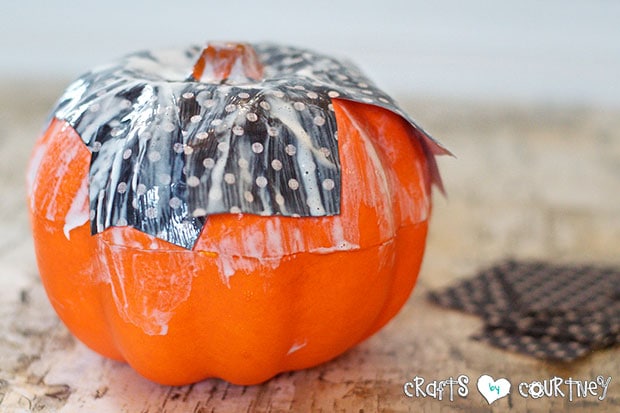 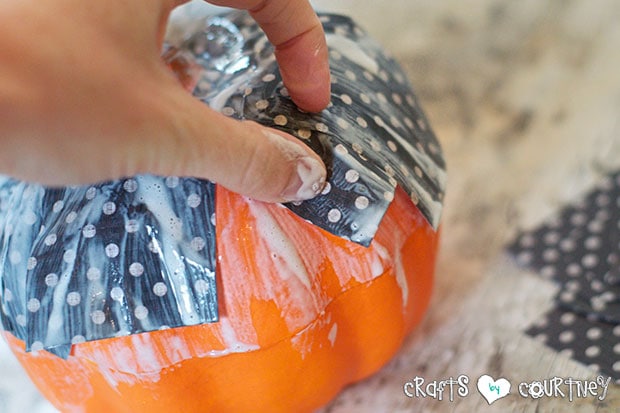 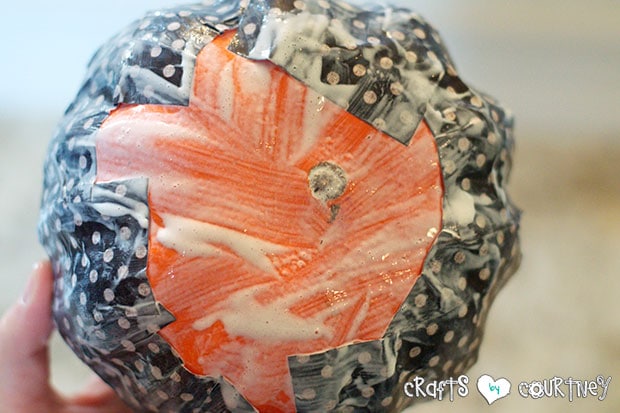 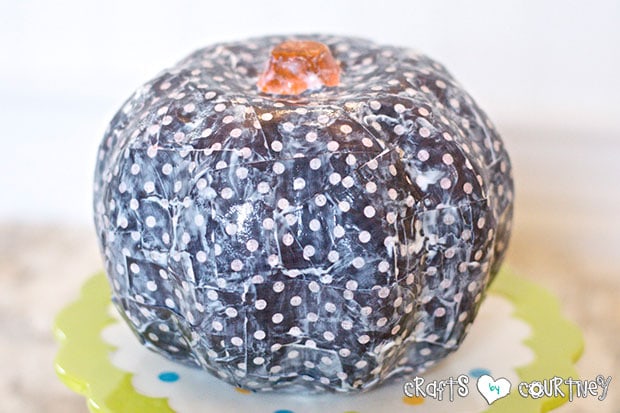 Quick Tip: I let my pumpkin sit for a couple hours to dry.

I have woods behind my house, so I went out back and grabbed some thick sticks for my stems. I used a knife and cut the existing stem out. Since I grabbed a couple sticks, I just tried each one until I found one that fit perfectly. 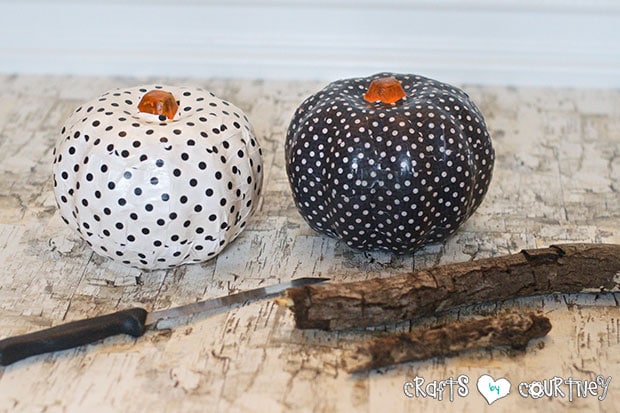 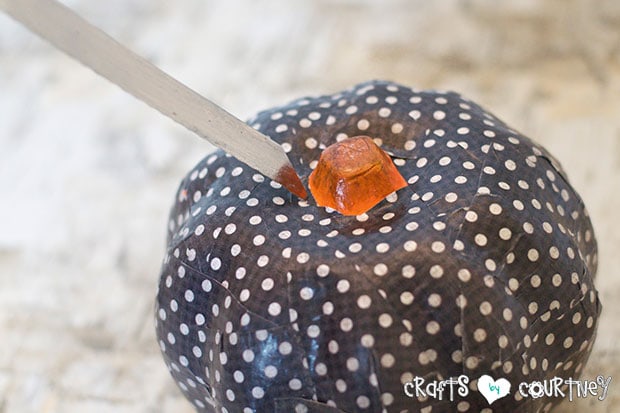 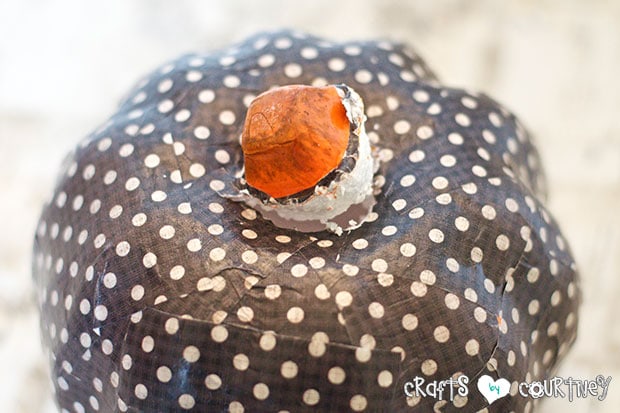 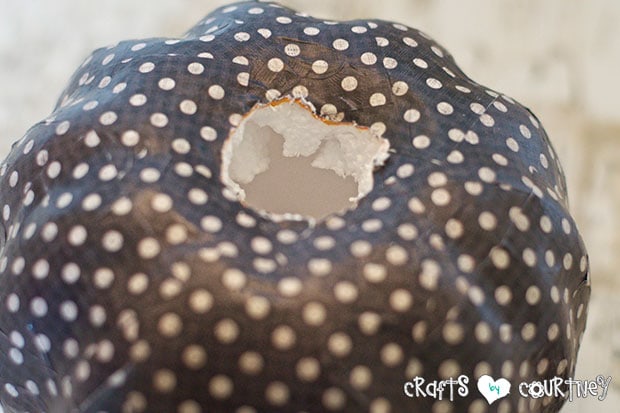 Step 5 – Sealing in Your Stem

Once I had the stick in place, I pulled out my “Trusty” hot glue gun. I added glue around the stick if needed to keep in place.

Some of them didn’t need glue, but some did. Then, I went over with a couple more pieces of scrapbook paper and Mod Podge to seal it in and cover the bare spots. 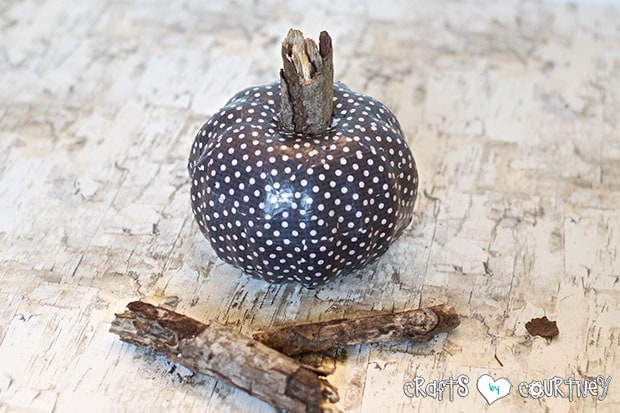 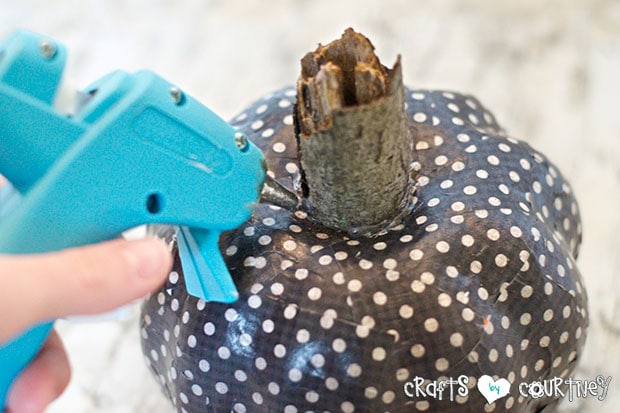 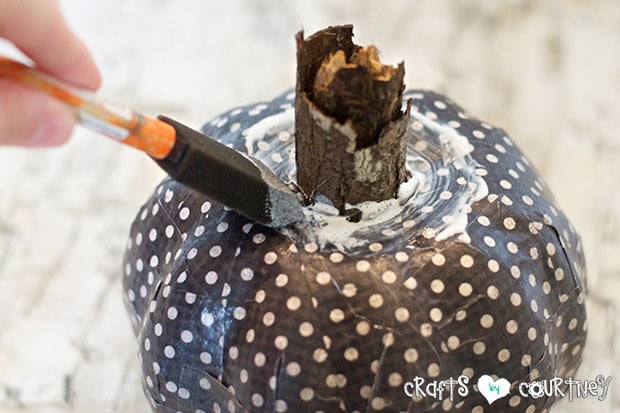 Once everything was dry, I was ready to display them!! 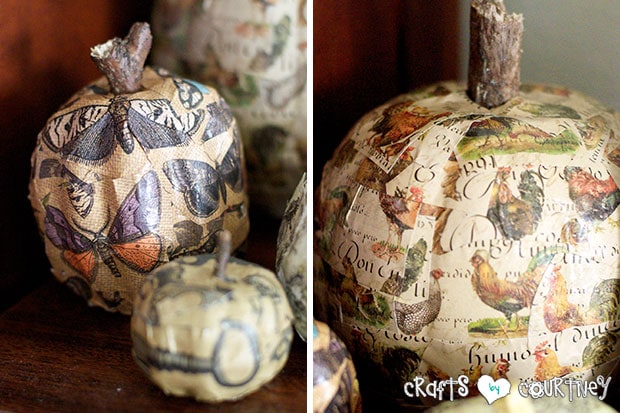 My house is rooster themed right now so I had to make a pumpkin to match! 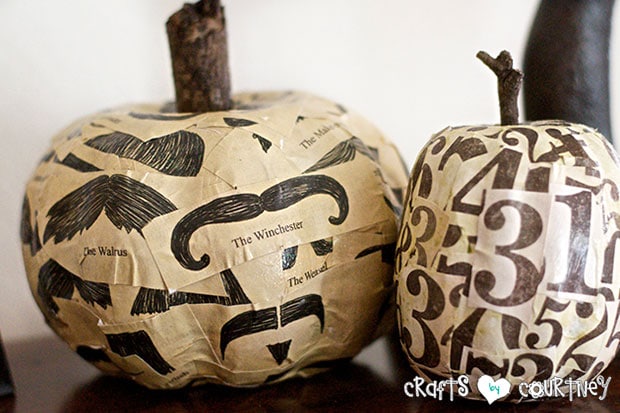 I just loved the mustache pumpkin!! 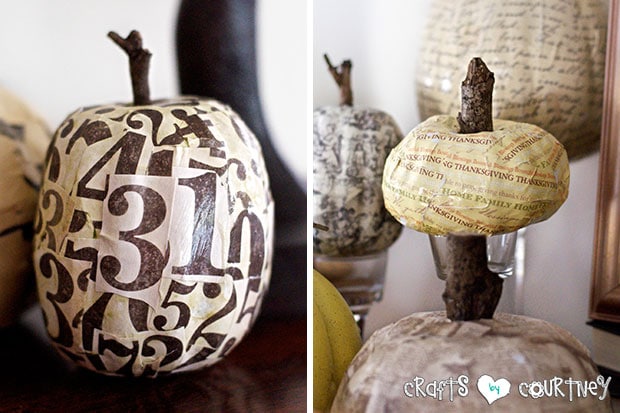 I just flipped the number pumpkin around after Halloween. 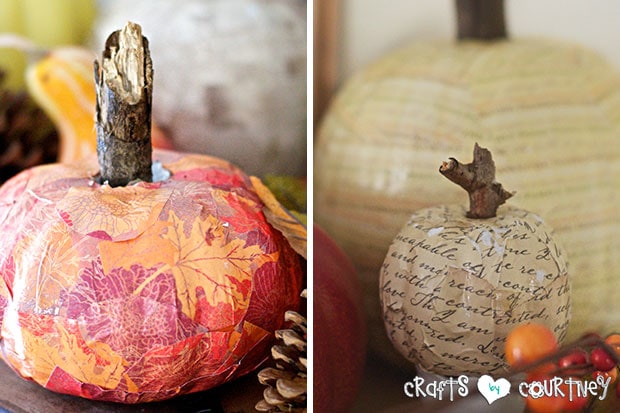 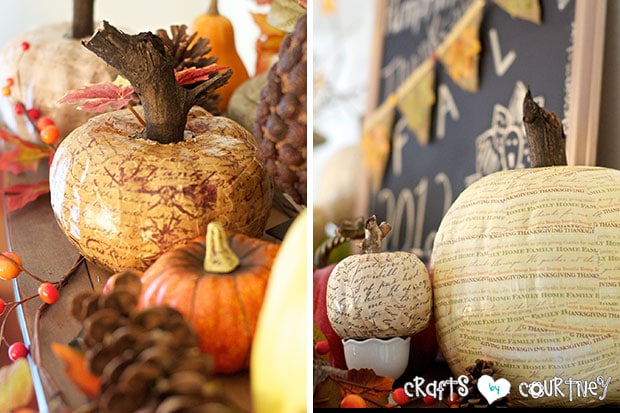 See I got pretty addicted to making these pumpkins. 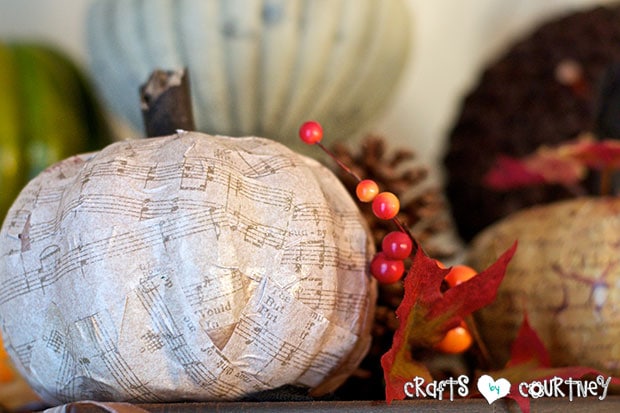 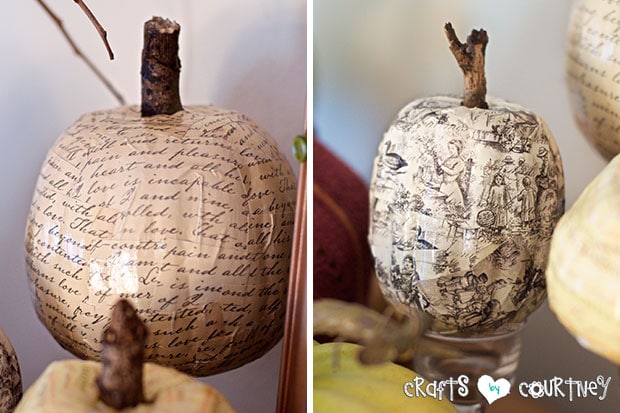 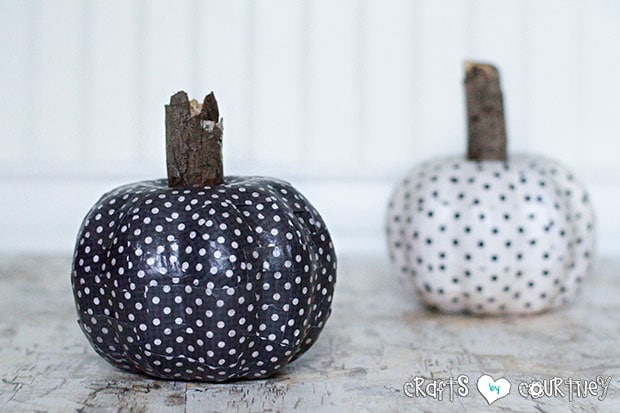 By the end of the project, I probably did at least 13 pumpkins. Most of them were from the Dollar Tree and small. It’s so easy and gets pretty addicting. 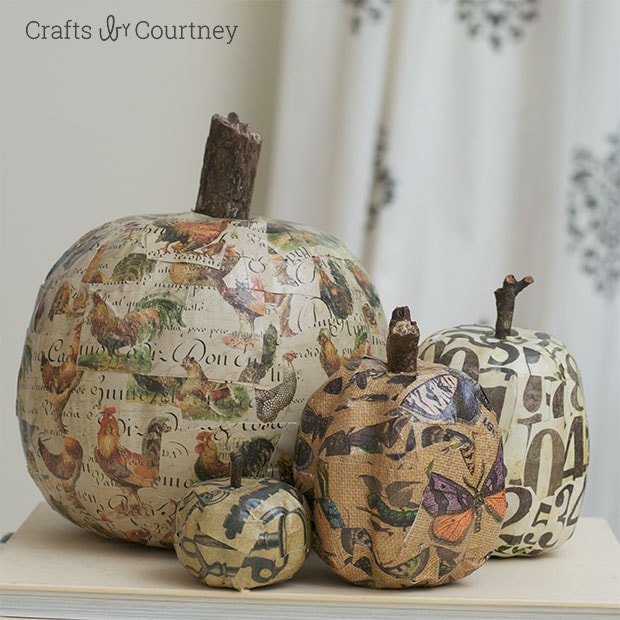 I just LOVE the look, and they can be used for all of October and November. Can’t beat that!! 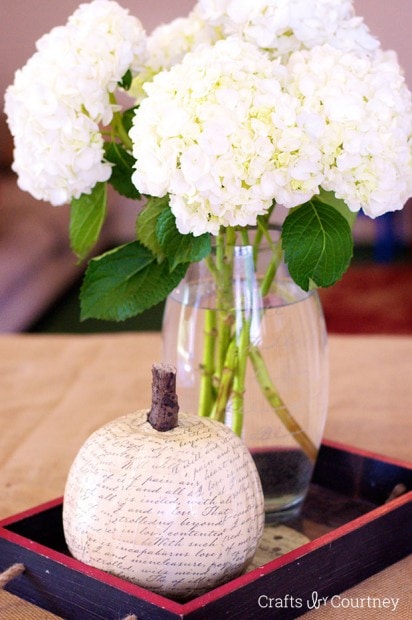