Before starting this project, you’ll need the following materials:

Since we did the fruit stamping craft this past Summer…

I used a couple old apples I had in the fridge (I didn’t want to waste a new crisp apple).

This is a perfect craft to do when you’re about to throw away old apples. You know, those apples sitting in the fridge a little too long. 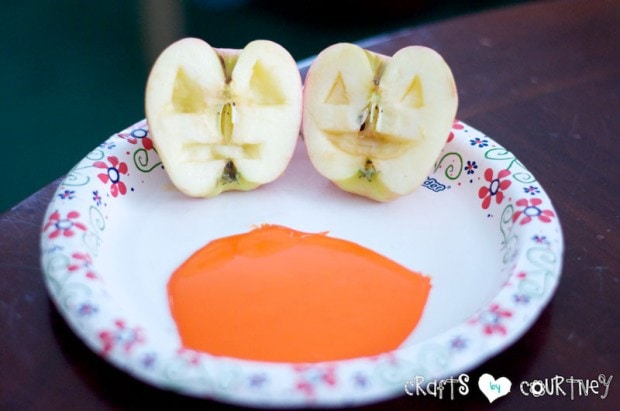 I cut my apple in half and used a knife to carve out my eyes and mouth. 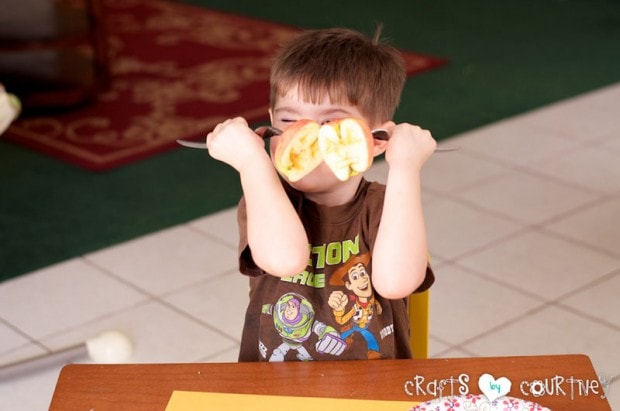 He was pretty excited to make his pumpkins!

I had my son dip his apple into orange paint (making sure the front of the apple was completely covered with paint). Then, he firmly pressed the apple onto the paper. 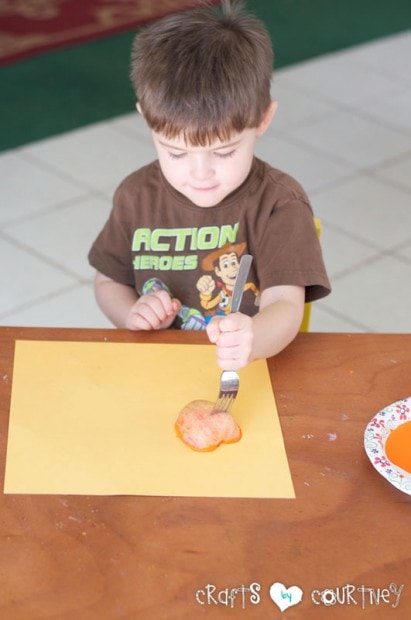 He was very serious about creating the perfect Jack-O-Lantern apple stamp!

Quick Tip: I put forks in the backs of my apples so my son could get a better grip.

Once our Jack-O-Lanterns were dry, I had my son fill in the eyes, nose and mouth with black paint. He had lots of fun creating his faces.

…I even got in on the action and made a couple faces myself. 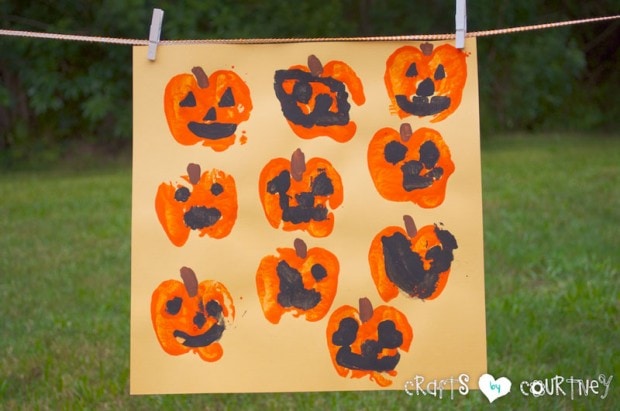 Once again, the apple stamping was a hit! My son is at the stage where he would rather play with his fruit then eat it.

Maybe I’m not setting a good example with all this fruit stamping, yikes…

Happy Thursday friends! One of my favorite decor a

One of my favorite pieces in my master bedroom is

After being in our house for 7 years we finally de

It’s Sunday! I’m so excited for this beautiful