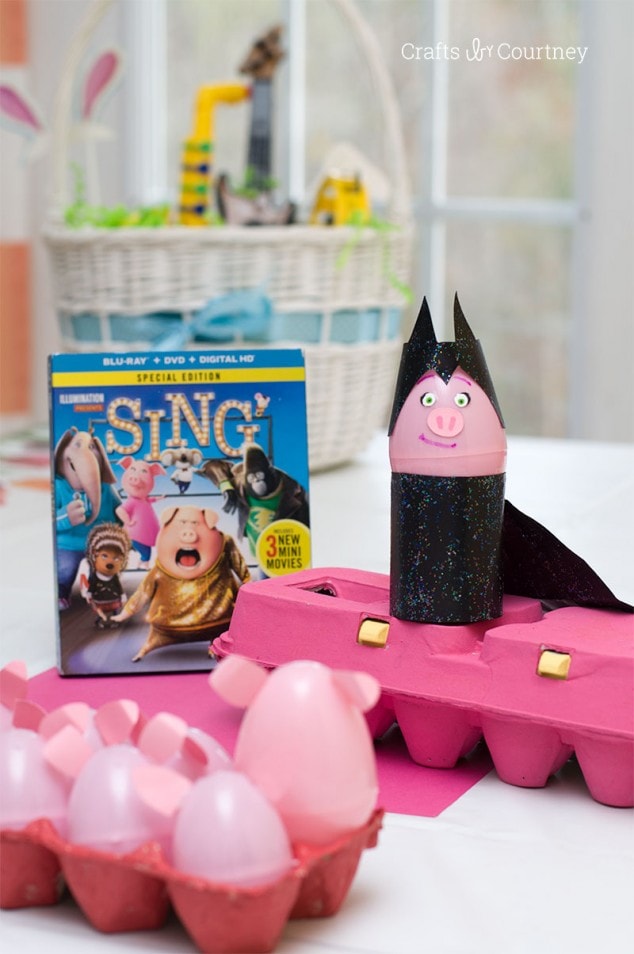 This post is in partnership with Universal Pictures Home Entertainment

My family loved the movie SING, we actually saw it in theaters when it first came out.  So we knew right away when it came out on Blu-ray & DVD we had to get it.  SING is a funny and adorable film with amazing music and cast, one of my favorite’s was Rosita played by Reese Witherspoon.

I knew right away that I wanted to make a PIG Craft out of an Easter egg for this post.   I guess I felt like I could relate to her. 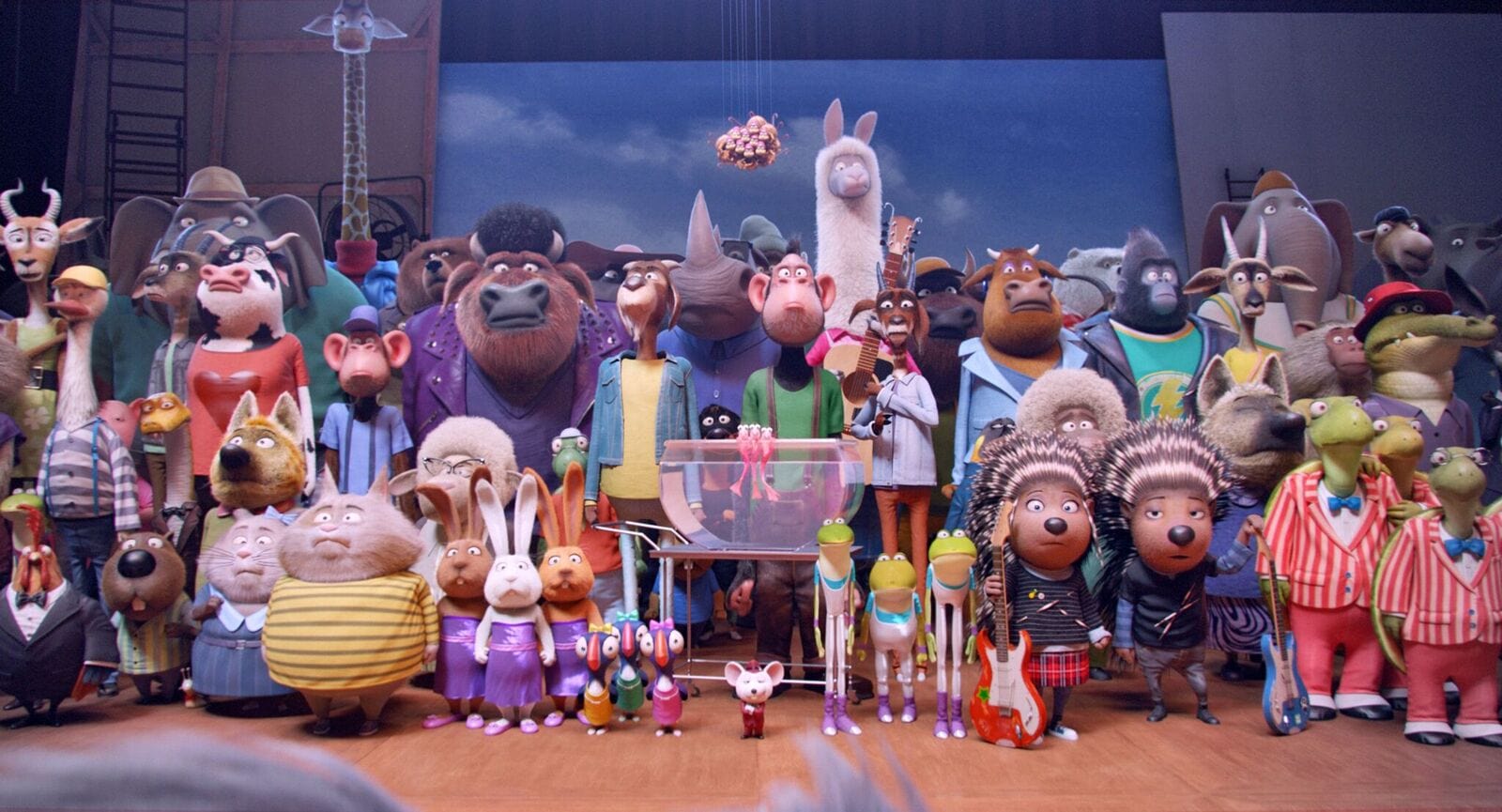 SING Special Edition on Blue-ray and DVD is perfect for an Easter basket stuffer.  I found some fun musical instruments to fill up the basket with and have a musical theme with our Easter Baskets. I know my kids will LOVE it! 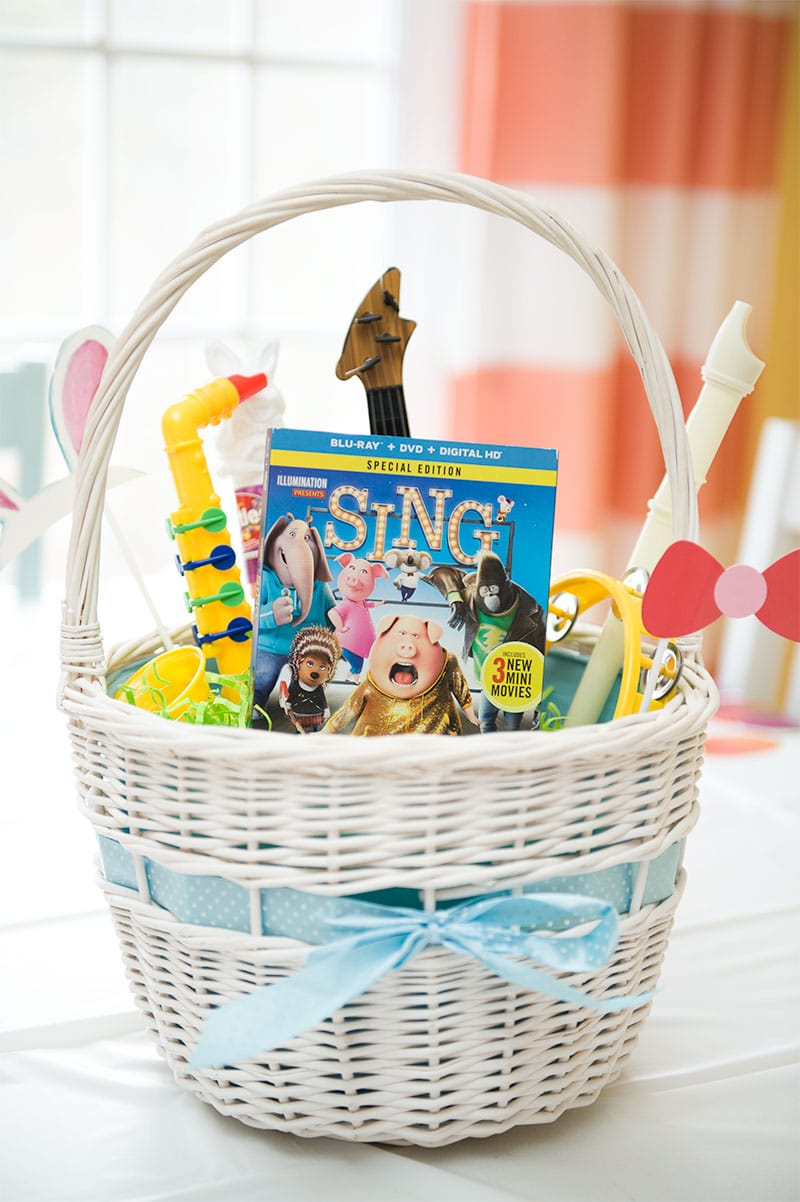 The special edition features over 60-minutes of bonus content and incorporates three all-new entertaining mini movies featuring the cast from SING, as well as an exclusive Tori Kelly music video. I have become a HUGE fan or Tori Kelly and her amazing voice after seeing this movie.  I had to look up all her stuff. 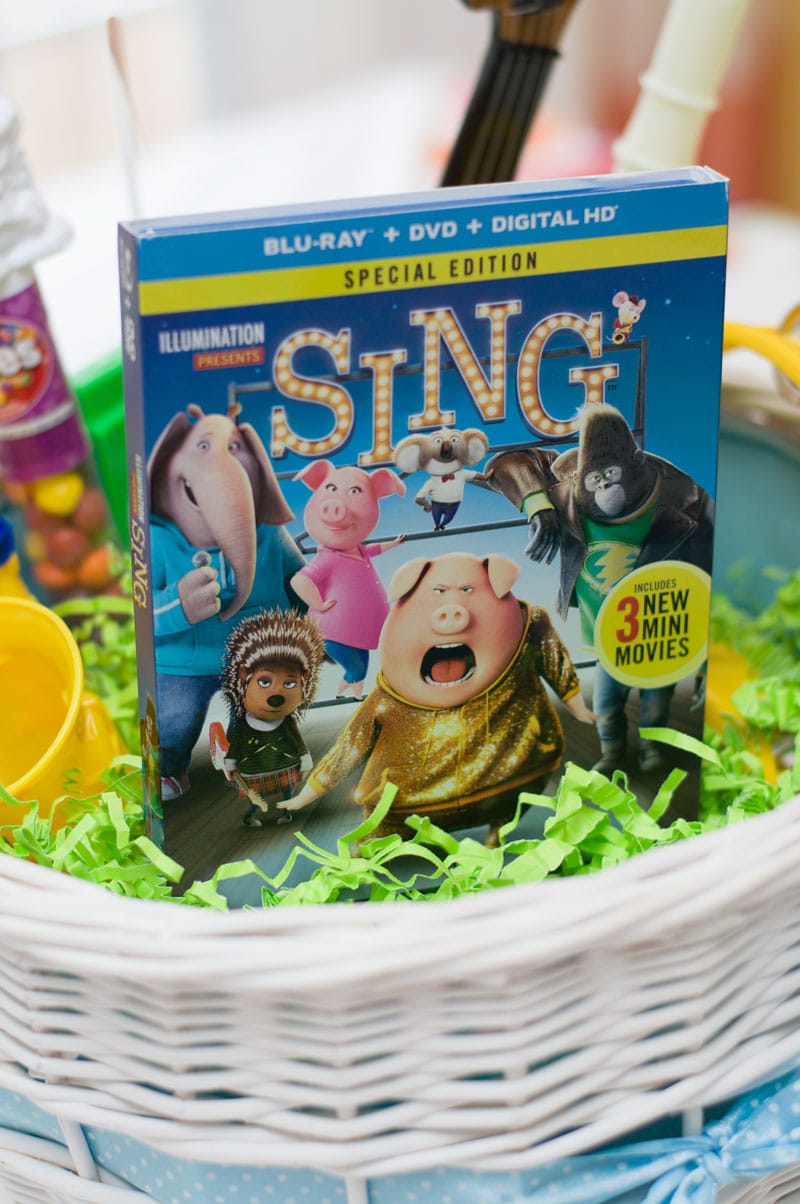 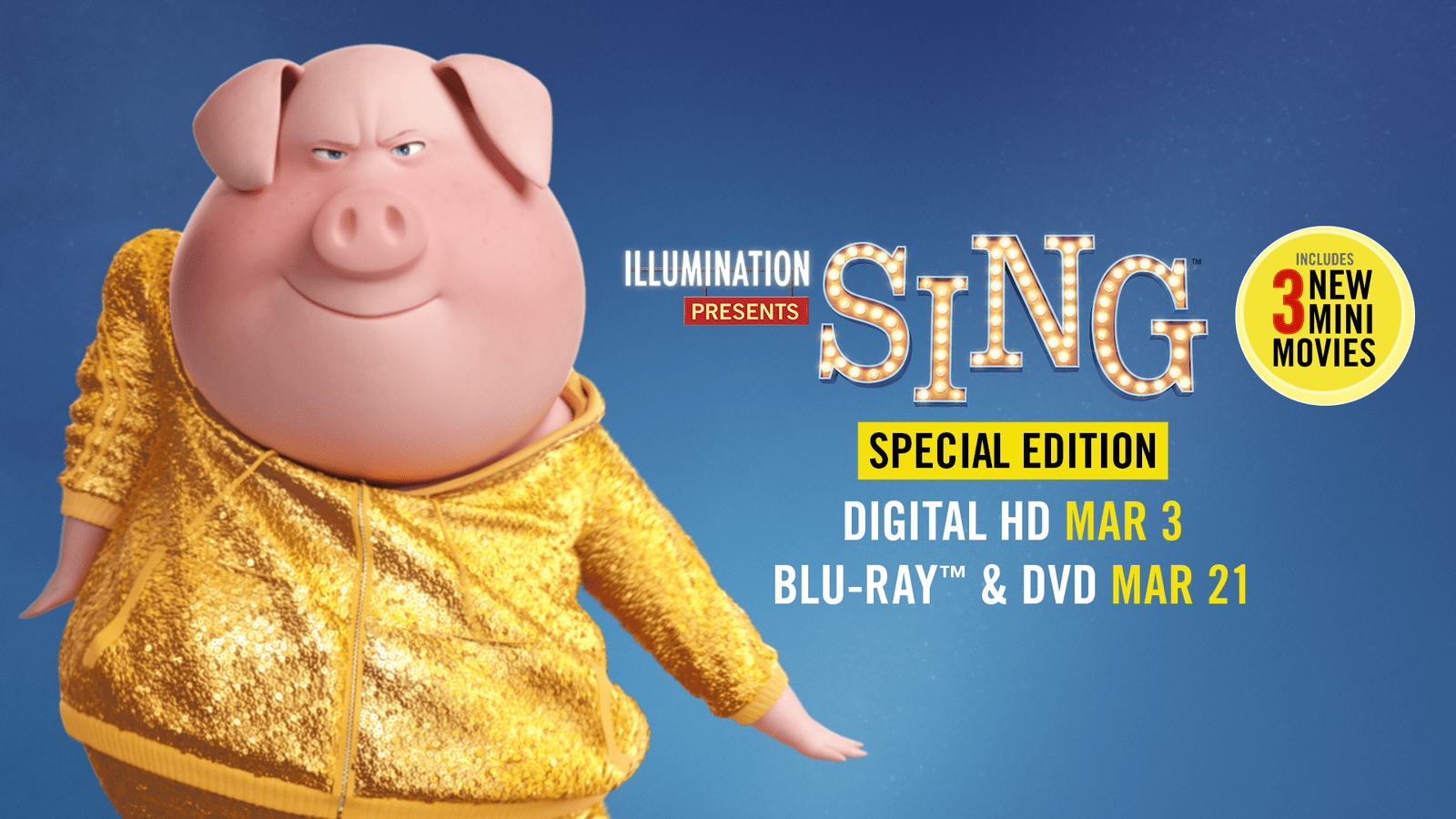 I also wanted to create a fun pig craft based on Rosita’s character and family using easter eggs of course!! The thought behind this craft was Rosita on stage with her husband and kids watching her perform. This is a great kids craft that you and your kids can work on together after watching the movie.

To start off I gathered up all my supplies.  Once we figured out how to make the eyes, this ended up being a pretty fast craft to do. 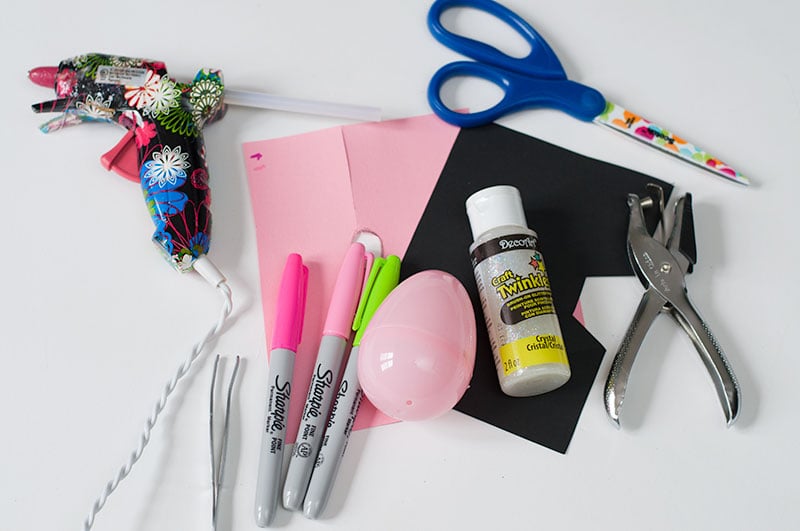 EYES: I used a hole punch to create the eyes. Two black circles and two white circles. Glue them together letting a little of the black hang off the edge for the black liner.  I used a green and black sharpie for the eye color. I hot glued them into place.

NOSE: Cut an oval shape in pink cardstock and use a light pink sharpie for the lines. Once again hot glue into place.

DETAILS: I used a darker pink for her cute little smirk and eyebrows. 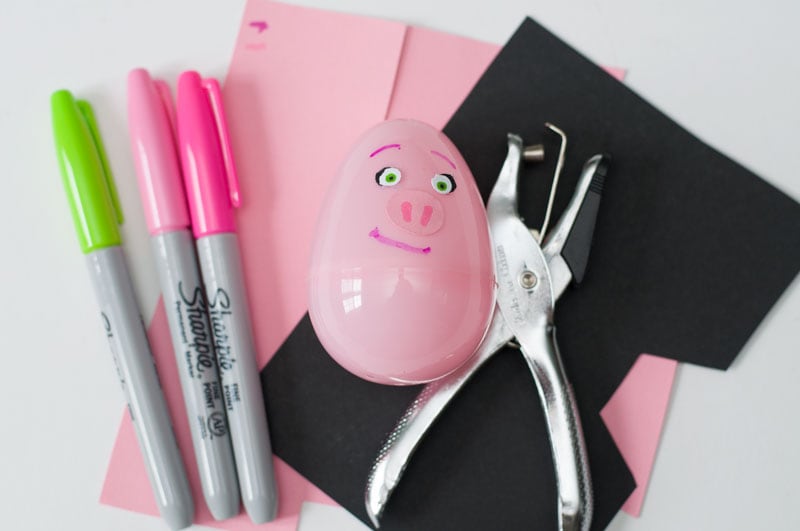 The sharpies work perfect when drawing on the plastic Easter Eggs. Does not rub off!! 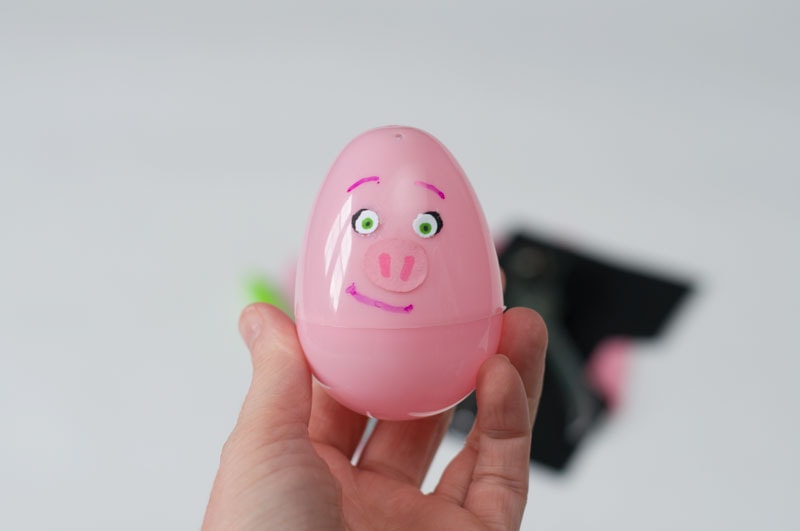 I used a LARGE plastic egg for Rosita and her husband, and smaller eggs for the piglets.

I debated on if I should make her have the classic jeans and pink shirt outfit or give her a little DRAMA.  I decided on the DRAMA!! I just loved this outfit! 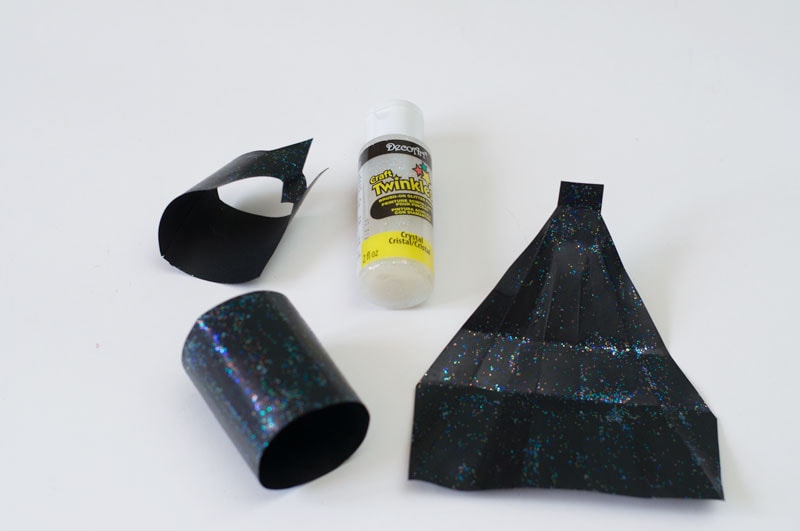 I used some black cardstock to create the headpiece and sparkly outfit. 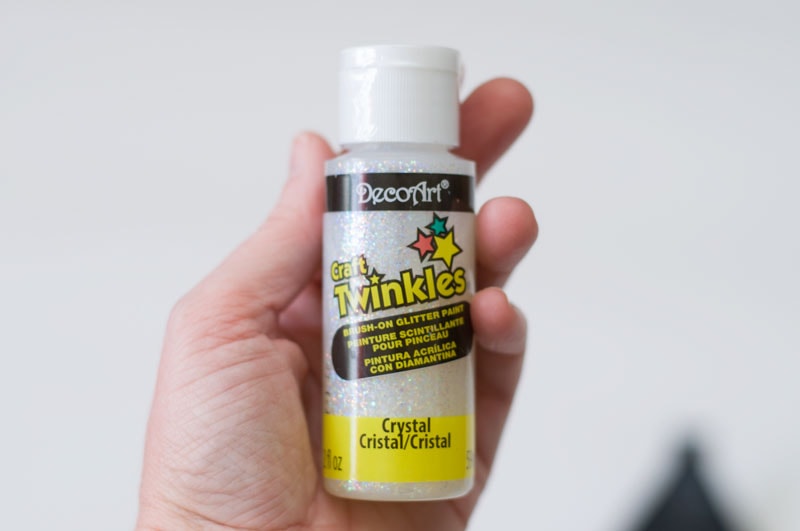 This worked great to give her outfit that sparkle it needed! I did a total of two coats letting each coat dry 10 minutes. 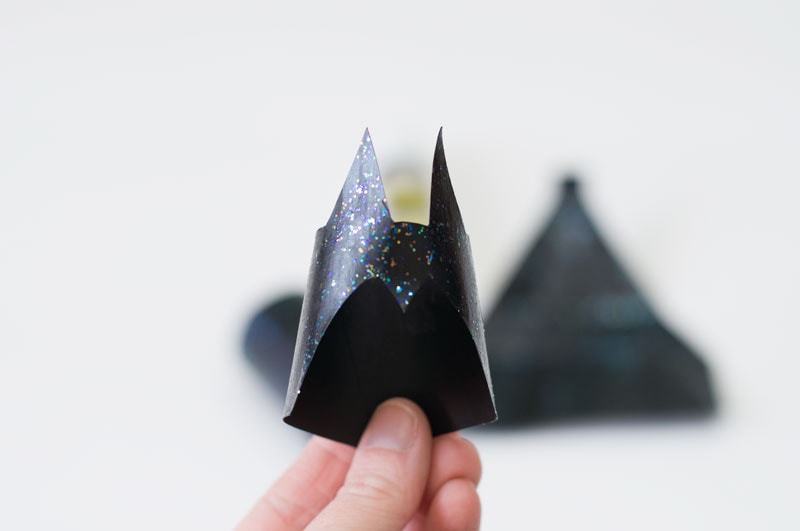 The headpiece was a pretty simple shape to create. I just drew it out, copying from a picture I had and sized it to fit the plastic egg. 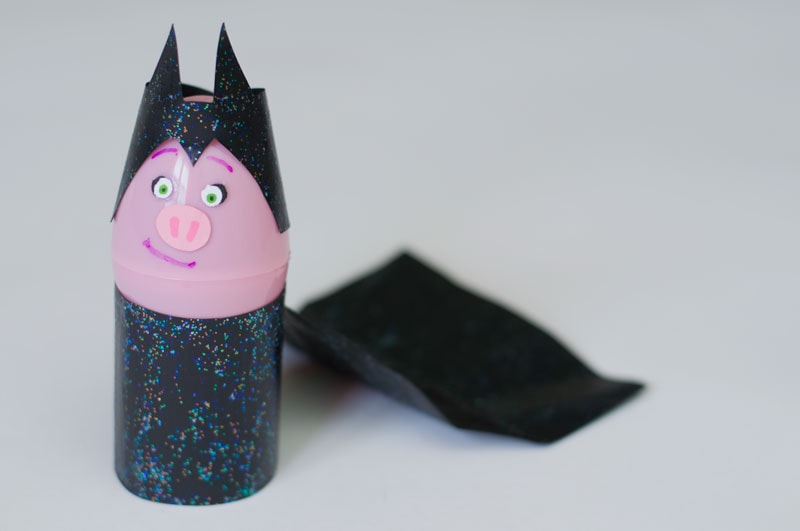 Of course I had to make her little piglets and husband.  I used smaller plastic egg for the piglets and a larger egg for her husband. 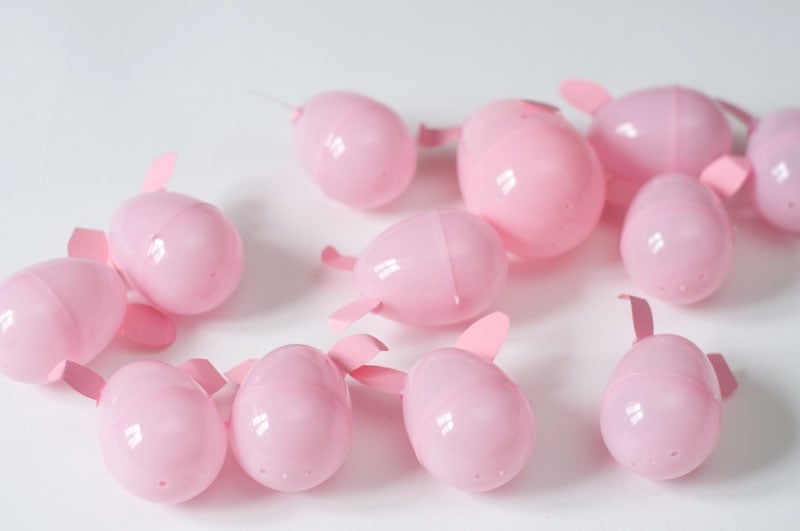 Since you were only going to see them from behind all the needed to do was make their ears.  I made a template and traced and cut out 24 ears and hot glued them to the plastic eggs. 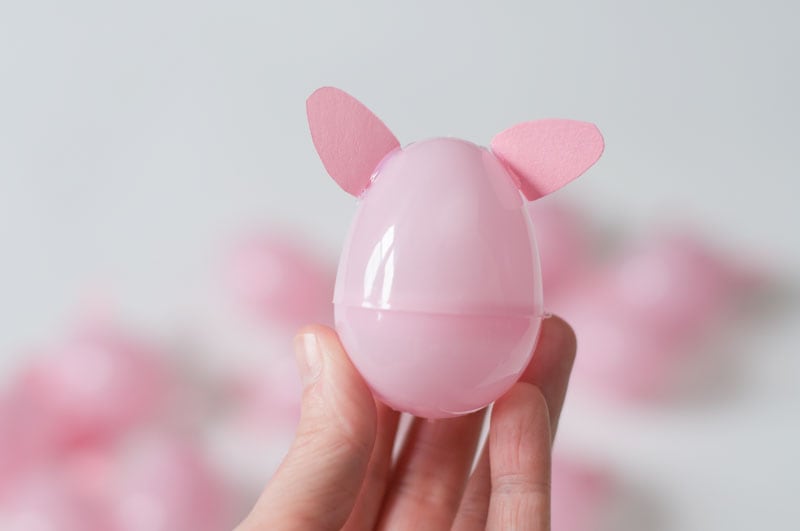 I decided using an egg carton for the seats would work out perfect! Just paint on one coat of red paint for the theater seats! 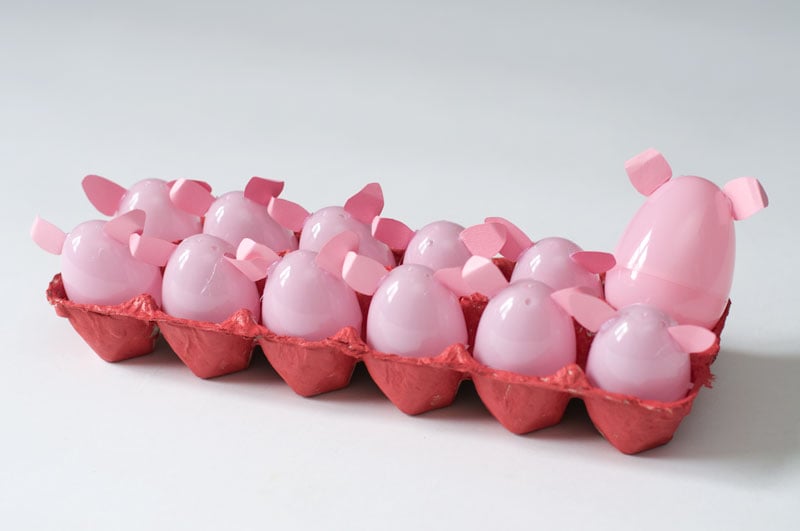 Now they can proudly watch their mama perform!

I’m pretty proud of how Rosita turned out.  Big THANKS to the hubby for helping me out with this one.  Sometimes I think it should read Crafts by Clyde, lol.  He’s always good with the details on characters. 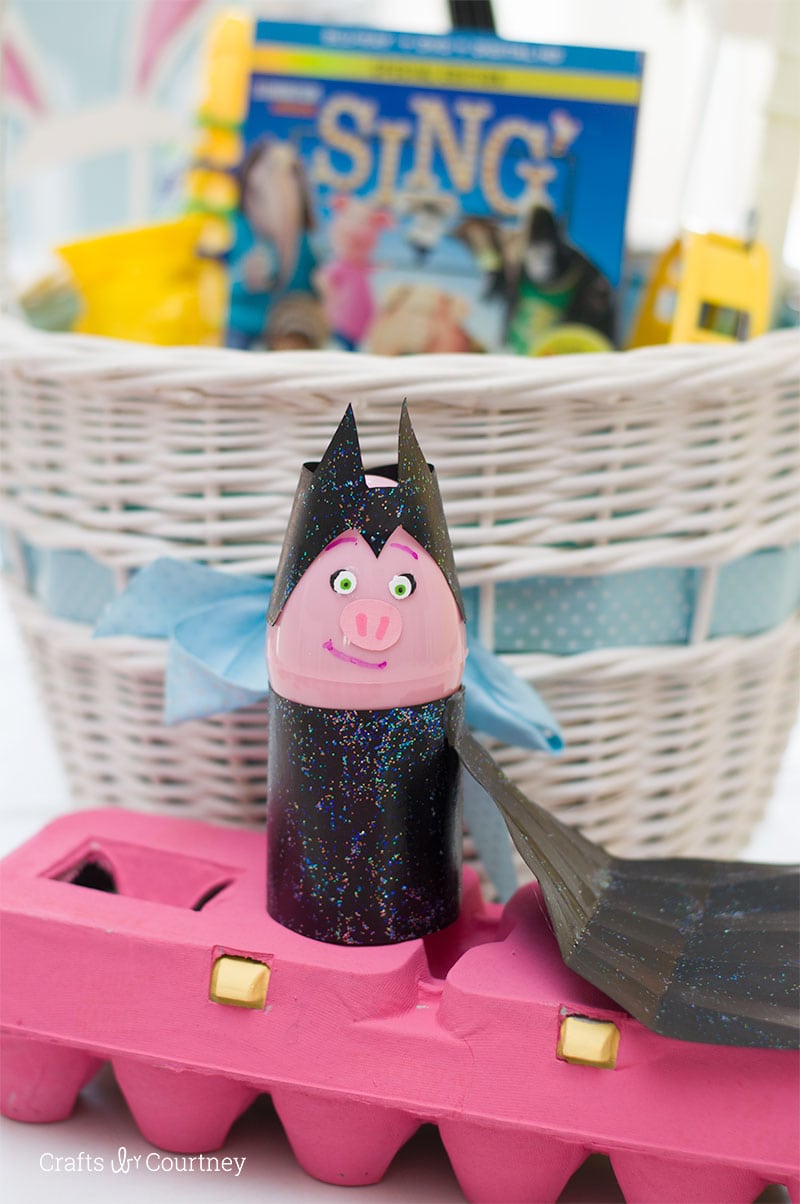 I decided last minute to make her a pink stage using an egg carton as well. 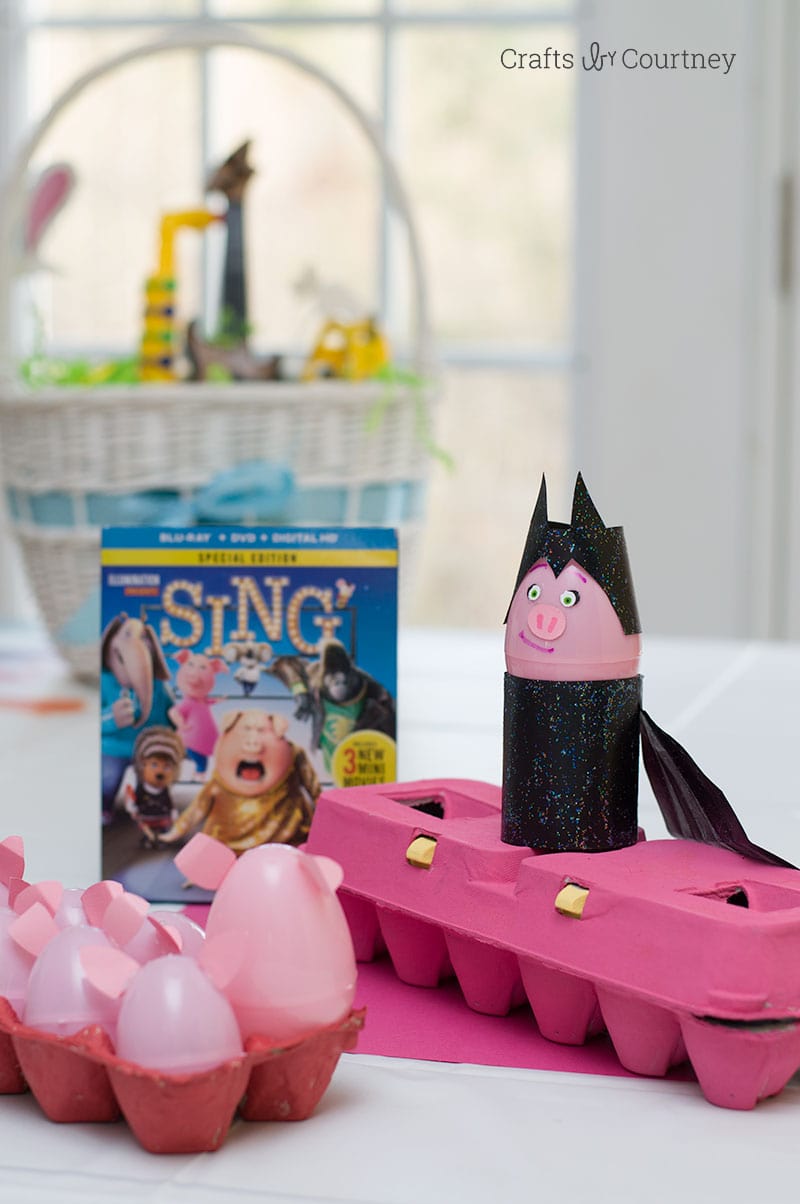 Now this will be an Easter basket the kids won’t forget! 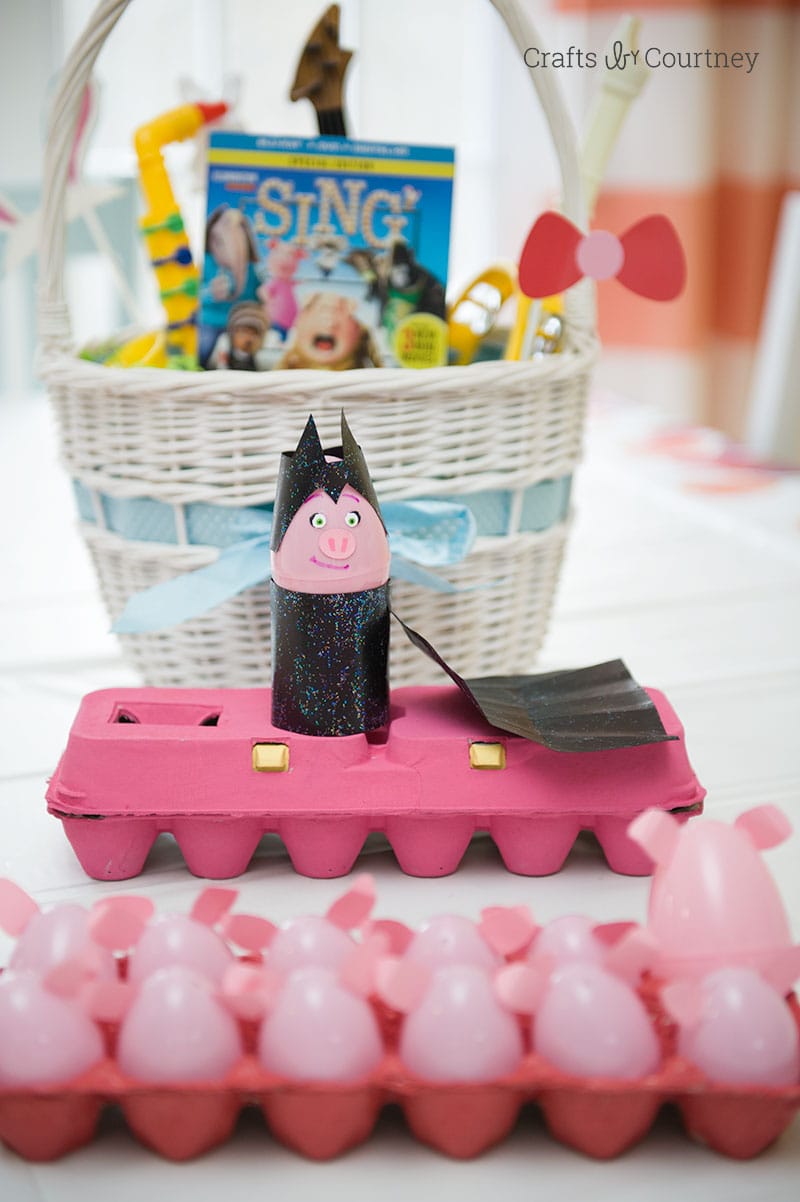 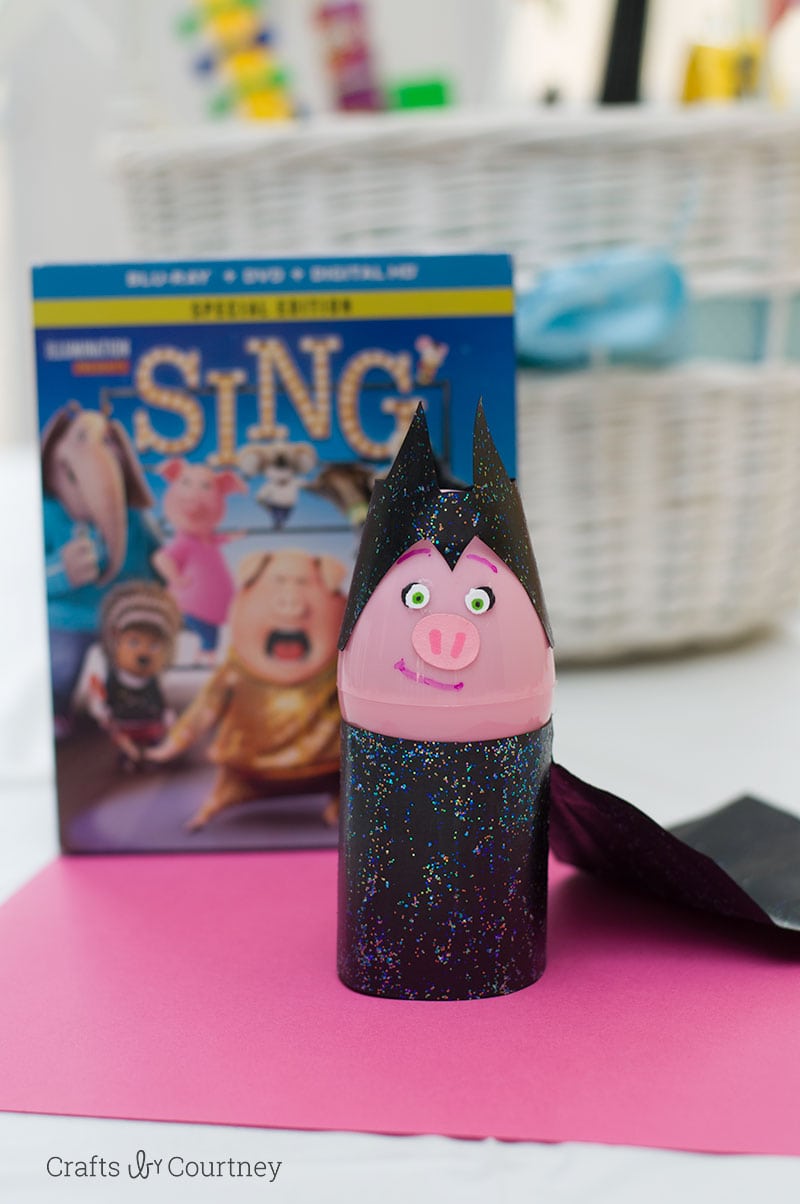 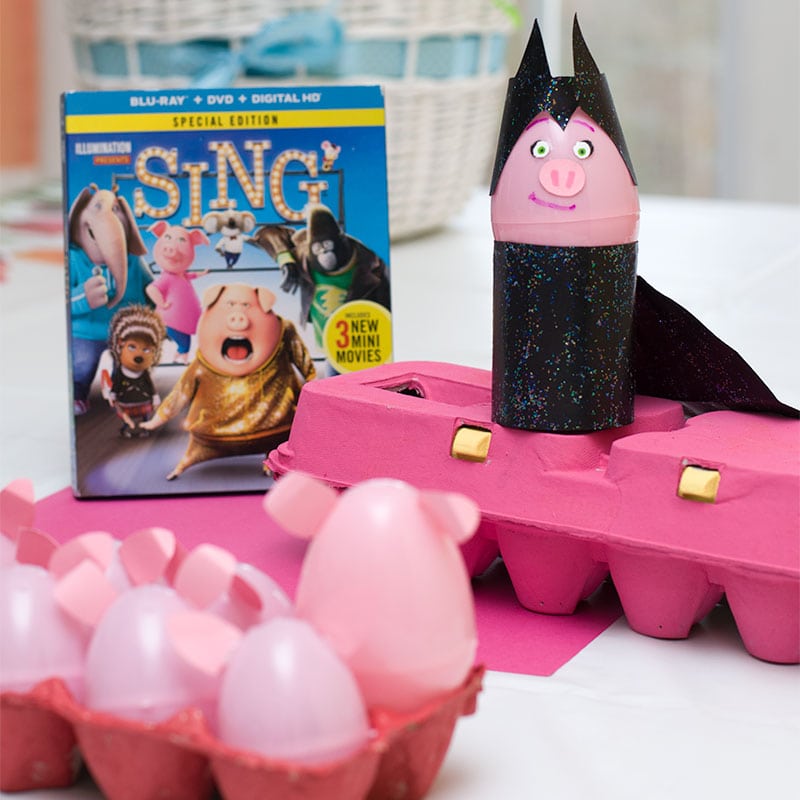 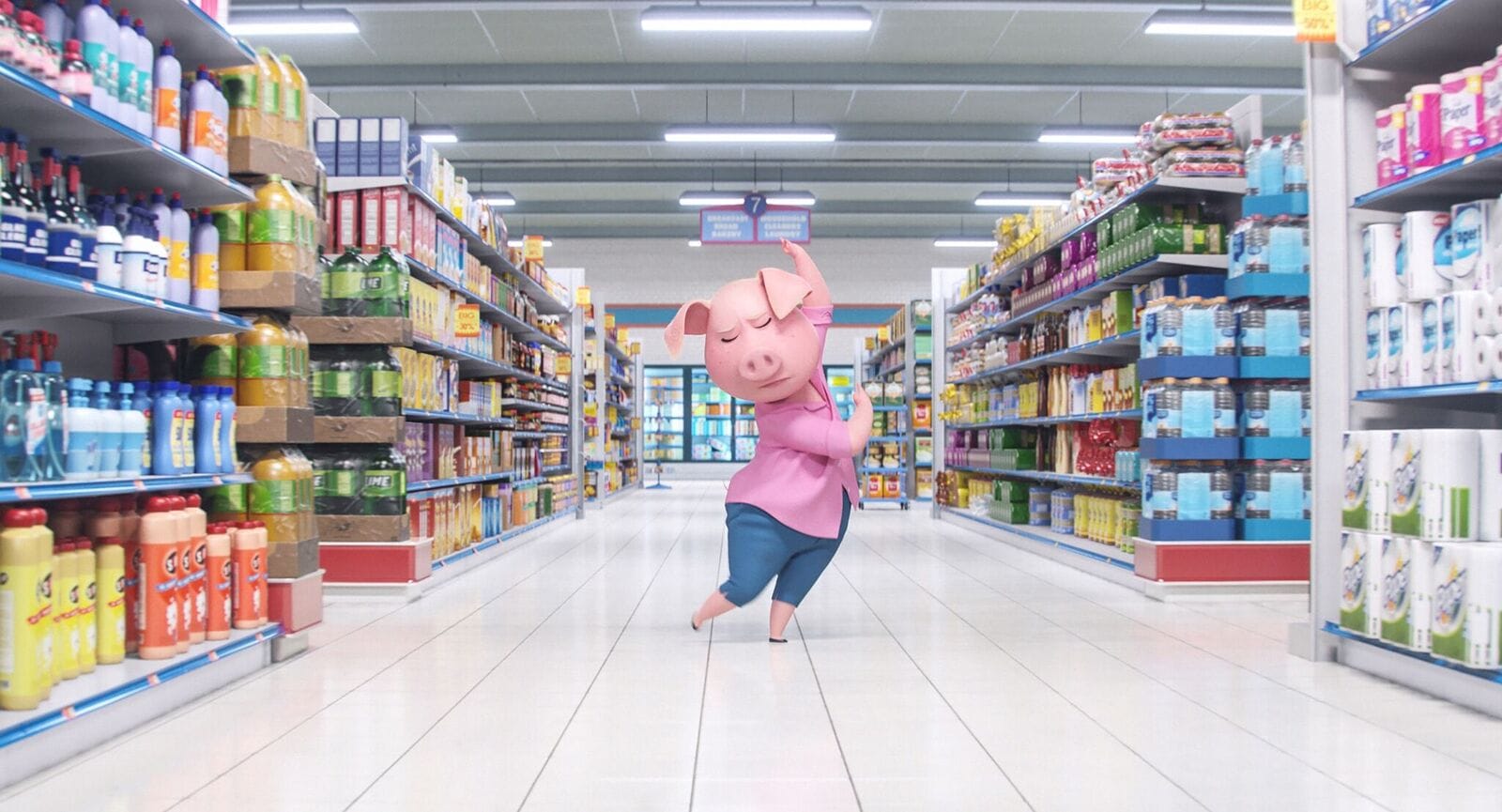 From Illumination, the studio that brought you The Secret Life of Petsand the Despicable Me franchise, comes an animated comedy about finding the music that lives inside all of us. SING stars Academy Award® winner Matthew McConaughey as Buster Moon, an eternally optimistic koala who puts on the world’s greatest singing competition to save his crumbling theater; Academy Award® winner Reese Witherspoon as Rosita, an overworked and unappreciated mother of 25 piglets desperate to unleash her inner diva; Scarlett Johansson as Ash, a punk rock porcupine with a beautiful voice behind her prickly exterior; Taron Egerton as Johnny, a young gangster gorilla looking to break free of his family’s felonies; as well as Seth MacFarlane, John C. Reilly, and Grammy Award-nominated Tori Kelly. SING is the musical comedy event of the year!